Bought it to trouble shoot machines that are remote. I go to them once a week or every other week. Configured it, plugged it in, came back two weeks later. The log file showed me exactly what was happening when I wasn't there. Love it.

Had a need for 5 of them. Emailed Doug and asked if he could just configure them for me. He responded asking what I wanted to log etc. I emailed it to him and he shipped me 5 pre-configured units. Plug them in and they worked.

I was having trouble configuring it as I am not a big PLC user. I called for help. They stepped me through  it over the phone. It was great. Cant ask for more than that.

Had a need for a stand alone logger for my Freq drive. I found this logger through Google. I read the description, bought it. It arrived on time. I configured it, wired it to the filed wired terminals on the logger and my drive. Came back a day later and I had a perfect log file.

I needed something to log Quickly from my PLC. I am doing burst testing on hydraulic hoses. I wanted to log the pressure as it climbed and catch the pressure as the hose burst. This device allowed me to get 139 samples per second of the pressure. The old logger logged 10 times per second. We got the burst pressure down to within 15 pounds with this device. The old one was within 450 pounds.

Worked for me. Very easy to use. Been looking for this for a few years.

Had a special application I could not figure out. I emailed Doug. He emailed back promptly. He told me if I could not get it, he would email me the configuration file. I purchased one. I had no issue configuring it and it's up and running today.

Bought one to test it. Worked better then expected. We now buy one for every machine we put in. Easy to config and setup. Love it.

Had to prove a concept and needed to log fast to catch what was going on. Set it for continuous. It logged 120 samples per second. I caught the issue and fixed it. Great Product.

I just wanted to say thanks. The PLC Logger was just what I needed to meet my customers needs for record keeping.  I used it with a CLICK PLC, To track water use.  I have to say the main reason I chose this logger was the low price.  I bought one and the programing was so easy,  I didn't hesitate to place a second order for 4 more. Thanks again Just what I needed!

We manufacture tube systems similar to what you see in banks, with simple push-buttons and sensors run by PLCs.  Thanks to your DataLogger, we can now keep track of the transactions for troubleshooting.

Doug, you were correct. When I spoke to you - you told me it would take me less then 10 minutes to configure it. It was extremely easy to configure and get up and running.

This PLC Data Logger works just like the brochure and you said it would. It is very easy to use, and I will definitely be interested in purchasing more of these.

"Ran for a month collecting cycle times on our machine"

"That is a cool little box. It helped me diagnose an issue I could not find"

"Allowed me to find out what was going on at 3:00AM when I was not at the plant"

"Had it configured and logging in 15 minutes"

When asked by a manager to give it back, the tech that had it responded:

Many of the sites running it are using it to tell them what is happening when they are not around. They configure it, plug it in, and come back a day, a week, or a month later and remove the data files. They then go through the data files to see what is happening when they are not standing directly by the machine. Others are collecting production data. Whatever way you use it, the data is saved in an easy to use, Excel-ready CSV format.

back to the PLC DataLogger

We are proud to announce a "NEW" online PLC training offering. We have setup live PLC training broken down into modules. Each module is roughly 3 hours long. Take one or all or the modules, based on your needs. They are live sessions, size of the group kept small. If you can't travel to one of our hands on sessions, or time is an issue, you can take the modules offer as you need them. The modules are more details are located at:

We are rezooming our hands on training classes around the country in September 2020 as permitted by the state we are holding them in. Please check our schedule located at:

Class sizes will be limited in size. Our normal class configuration has been two people per trainer setup. We will be following this in the future. Depending on the state requirement, or if you would like a one person trainer setup, contact after signing  up and we will work to accommodate you.

We want to assure you that we take the health and well-being of our community, customers, and associates very seriously. Like you, we're closely monitoring the quickly developing effects of the Coronavirus (COVID-19) pandemic.

To help prevent the spread of COVID-19, we are practicing social distancing as we hope all of you are. At this time we are unsure about the viability of the present class schedule and "will" be rescheduling classes when conditions are favorable to do so.

We understand that many are looking at attending a class because of a pending or urgent project, and most likely we can still lend assistance. Simply email us at:

We are all working together to monitor the COVID-19 situation and follow guidance from public health officials as well as government agencies. And, first and foremost, we will work to support our customers and communities as needed.

For more information about COVD-19 and what you can do to keep healthy and safe, visit the Centers for Disease Control at cdc.gov or your local health department's website.

We are proud to announce that we are bringing back the hands on PID class we offered years prior. Due to customer requests, we have recently put a hands on PID class on the schedule in May 2020 in Atlanta GA. To see the class layout go to:

To see the bio of "Expert" Cecil Smith who is giving the class go to:

You wont find anyone more knowledgeable in the field.

If you have questions, want to become proficient in PID, want to know the ins and outs of GAIN - RESET and RATE, take a look at attending this class.

We have posted our PLC training schedule for the first half of 2020. View the schedule at:

We are proud to announce the first of its kind live online virtual - personal "1 on 1 PLC Tutoring". Want an instruction explained in depth? Want help with a short program? Your program is 80% - 90% done and need a helping hand? You name it - we will see if we can help you. For more info go to:

As a bonus, the actual code that is used in the example is included and downloadable!

If you’re searching for clear, no-hype training on industrial automation products, you’ve come to
the right place. As the instructor and owner of the company, I strive to offer effective, hands-on training for those who want to be trained. I am not a manufacturer’s representative, nor a distributor, but an industry professional sharing my knowledge and expertise through education and training of others who manage industrial automation products. 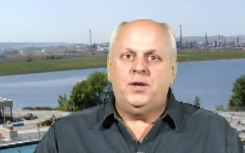